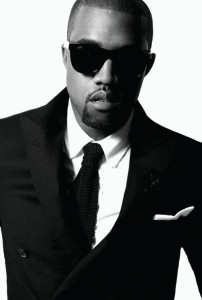 Kanye West has been pretty busy lately, with his growing family and a fashion line on his plate. But Yeezus fans aren’t having it.  In order to get the ball rolling on releasing his new album, one fan started a petition on the White House’s We the People site on Wednesday (Aug. 12). The site requires the Obama administration to respond to all petitions that have reached over 100,000 signatures within 30 days, according to the terms of participation.

“Kanye West has kept us thirsty for too long,” the petition read. “We haven’t gotten any new singles in months. The President should order Ye to drop the album on the date August 21st, as his producer Mike Dean has been teasing people about.”

The petition quickly gained tens of thousands of signatures, but the White House closed the petition down by the middle of Wednesday afternoon, claiming it was in violation of We the People’s terms of participation and was removed under the moderation policy. Despite what the petition claimed, Dean never formally made an announcement for SWISH. He told Montreality in an interview that the album is making progress and it will be out soon, but “whenever Kanye says it’s done, it’s done.”